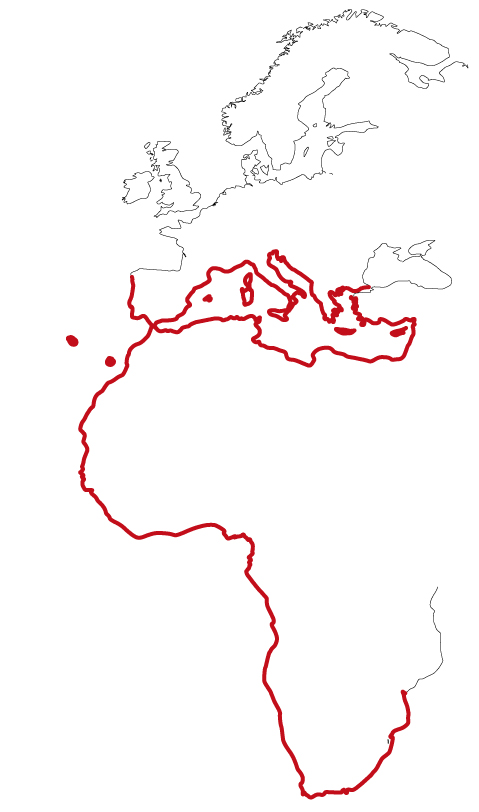 " Aetomylaeus bovinus is classified as critically endangered (Cr) on a global scale, by the International Union for Conservation of Nature (IUCN) during the last assessment of 2020, where they were previously classified as data deficient. The bull ray is now part of the 53% of Mediterranean Sea native Elasmobranchs at risk of extinction, which require urgent action to conserve their population and habitats. Bull rays appear to be extremely rare throughout the Mediterranean region and its current population trend is highly likely to be decreasing (by 80% during the last 45 years according to IUCN). There are currently no species-specific measures in place. Much research is required on the bull ray's population size, trend, habitat, ecology and threats. In order to protect the bull ray, its habitat needs to be protected, its harvest monitored and managed, and implementation of education and awareness programs could be beneficial"